As a nod to National Tree Week and with assistance from Jeff Coon, Aquinas Tullycross 1987 and Ron and Miriam Pederson, Aquinas College Professors for the Ireland Program in Tullycross in 1992, 1994, 1999, 2004 and 2009.  We are now sharing two photos and all the students have been named by Miriam and Ron Pederson.  The tree planting was a tradition of several years when Aquinas selected and planted a tree on the grounds of Renvyle Thatched Cottages as a remembrance of that group of students. 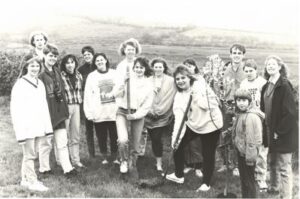 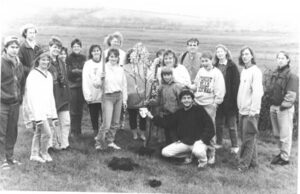